Progression: Performance not background our fourth Power of Inclusion seminar

On the 20th July our fourth Power of Inclusion online seminar took place sponsored by Mayer Brown. Entitled Progression: Performance not background the seminar featured a fantastic line up of speakers and explored the disadvantages many people from lower socio-economic backgrounds have in progressing their careers. It is noted that many people can get in, but few manage to progress, with a lack of diversity at the top.

We welcomed Nik Miller as our chair for the event. Nik is Chief Executive of The Bridge Group a not-for-profit consultancy that works across sectors to advance social equality. Nik began the session by highlighting some of their own research into employees from lower socio-economic backgrounds and reflecting on the important work that has been done in recent years at the recruitment stage. However, through their research it has been shown that there has been far less focus on whether and how socio-economic backgrounds can prevent career progression.

Lord Mayor of the City of London joined the seminar providing a welcome to all participants, alongside some opening thoughts for consideration. He commented 'There is no point allowing someone on the team, if they stand no chance of being captain'

The first presentation was from Eddie Fletcher, Head of Social Mobility at the Ministry of Justice. He began his presentation by supplying some context around the Ministry of Justice, which is one of the largest government departments, with a workforce who as a whole represents the social diversity of the UK.  Data has revealed that those from lower socio-economic backgrounds are less successful at securing promotion to senior roles, but Eddie went onto explain why progression is so important highlighting that to thrive as a company they need a workforce that reflects the communities they serve. Eddie finished his session by providing some great top tips for other businesses, which included not waiting for data to be provided - create your own, if necessary, seek senior leadership support where possible and share any findings or research with others.

We were delighted to be joined by Rini Laskar, Director & Co-Chair of the Black, Asian & Minority Ethnic diversity employee network at UBS who began her session by talking about her own lived experience, both growing up and in the working environment. Rini focused a lot on the processes and programmes they have put in place within the company to help with career progression and allowing people to feel like they belong. She also asked us to think about and consider the many cultural factors that people go through in their lives, which means sometimes they are disadvantaged in progressing in their career. One comment from Rini that resonated with many of our panel was "We want the best, not necessarily the most elite".

Our third speaker Sally Davies joined us from Mayer Brown, who were also our sponsors for the event. As London Managing Partner Sally highlighted the power of communication across her talk, stating talking about issues and sharing stories are the basic elements that really matter. Sally also discussed some of the measures they have implemented at Mayer Brown to ensure progression for those from minority groups which include a variety of programmes and training for employees, as well as a social inclusion initiative, which hosts panel events where people from all levels get to tell their stories.

Paula Kemp, Head of Employers’ Programmes at the Social Mobility Commission was our final speaker for the seminar. Paula began by commenting that there has definitely been an 'attraction myth' held by businesses for a while. This means that they think if they attract diverse talent at the start they will stay, however the data has shown this isn’t actually true and more needs to be done to help those from lower socio-economic backgrounds progress up the career ladder. Paula continued that many people lack confidence to progress, especially if they don’t see people like themselves ahead of them in their careers, and she also noted that role modelling is important across the whole company as well as ensuring employees can see a clear career pathway.

To round up on our seminar our panellists came back together to take part in our popular Q&A session, which features some questions around the issues that have been raised across the different talks. There were questions around the importance of data and how best to gather this from employees, as well as the panel highlighting consideration around events and making sure everyone feels included and part of a team.

Our next Power of Inclusion seminar takes place on Monday 27th September and is entitled Leadership: The importance of senior role models. You can find out more about the event here 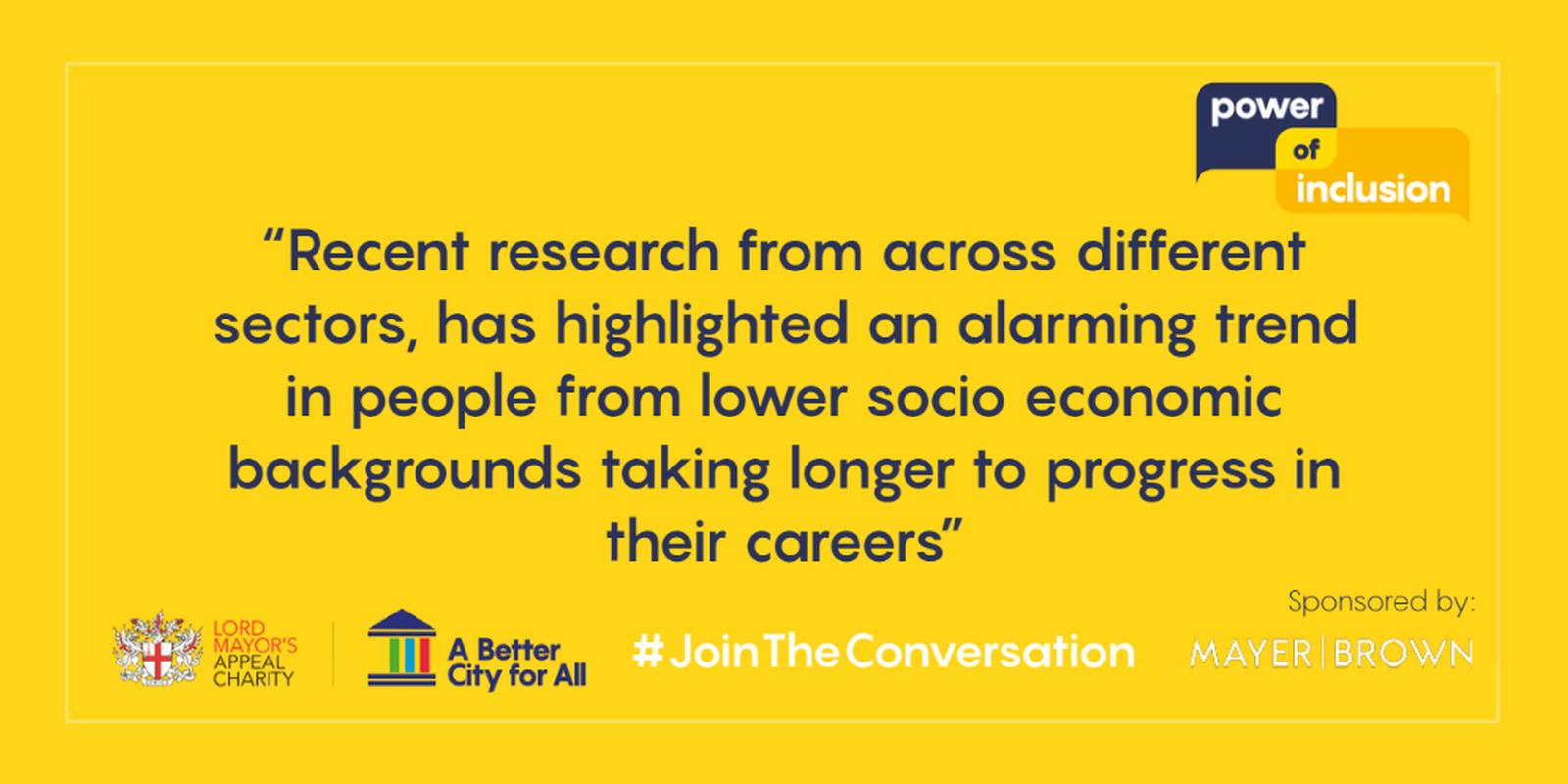