The sun shone on The Lord Mayor’s Appeal’s eighth annual City Giving Day, which saw over 500 businesses and charities turn the City of London red.

This brilliant event enables City companies and employees to celebrate and showcase their philanthropic and volunteering achievements and encourage others to get involved. This year saw a welcome return of three of our in-person events around the Square Mile.

The Lord Mayor, Lady Mayoress, the Sheriffs and Alderman all came out in force to support the day which started at the London Stock Exchange where the Lord Mayor opened the markets for business, something that has become a great tradition for the day.

The annual ‘go red’ photo call at Guildhall Yard provided a beautiful sight as the sun rose over the buildings providing the perfect backdrop for the day.

This year’s City Giving Day was packed with events from bake sales to fancy dress walks, static rowing challenges and our ever-popular treasure hunt around the City which this year which was won by Team 1 from Bloomberg

The challenging Tour de City got pulses racing again back at the Leadenhall Building where 25 teams competed against each other in a thrilling 40-minute static bike race. The live leader board added to the tension as the competitors pedalled as fast as they could to creep up the placings. Even being dressed in full robes couldn’t deter The Lord Mayor getting involved who gave it his all on the bike, encouraged by onlookers. Well done to the winning team Fidelity International, who cycled an impressive 29.83km in just 40 minutes.

Lloyds Bank who have been great supporters of City Giving Day took to the streets to complete their relay race between their City branches to raise money for their own chosen charity Mental Health UK who they have raised an outstanding £14 million for since 2017.

With the nice weather it was the ideal opportunity for employees to get out and about on their lunch breaks by taking part in one of The City Walks that are organised in partnership with City London Guides. After this event took place virtually last year it was fantastic to see so many people take up the opportunity to explore the City and learn all about the place they work.

City Giving Day always encourages companies to have some fun whilst raising money and this year was no exception when The Worshipful Company of Chartered Surveyors took to the streets wearing costumes of iconic buildings in the City, raising funds for The Lord Mayor’s Appeal. Elston Consulting also gained a surprise visitor to their static rowing event after a mystery Police Sergeant took on their rowing challenge, and won, whilst fully dressed in his stab vest and uniform. Their event was raising money for London Youth Rowing who were outside the Royal Exchange on the day, alongside some of the GB Olympic Rowing team.

Although most of the events were held in real life this year the day also retained some virtual elements, meaning businesses from around all around the UK and the world could still get involved. The Lord Mayor’s Appeal also partnered with pioneering challenge and wellbeing app WELBA, who worked alongside The Lord Mayor’s Appeals four charity partners, Place2Be, OnSide, Samaritans and The Duke of Edinburgh’s Award to create bespoke online challenges for them, which participants could do wherever they are in the world. The Lord Mayor’s own ‘Go Red’ challenge was also available on the app for the day.

The Lord Mayor Alderman William Russell, who visited a selection of businesses and events throughout the whole day commented “What a fantastic City Giving Day it has been! This is one of my favourite days in the year - visiting different parts of the City and seeing the fun ways many different businesses are raising money for The Lord Mayor's Appeal. I've been walking, cycling and rowing my way around the Square Mile and it's been a joy to see so many wearing red.”

We look forward to confirming the total raised across this fantastic day. Thank you to everyone who got involved this year. 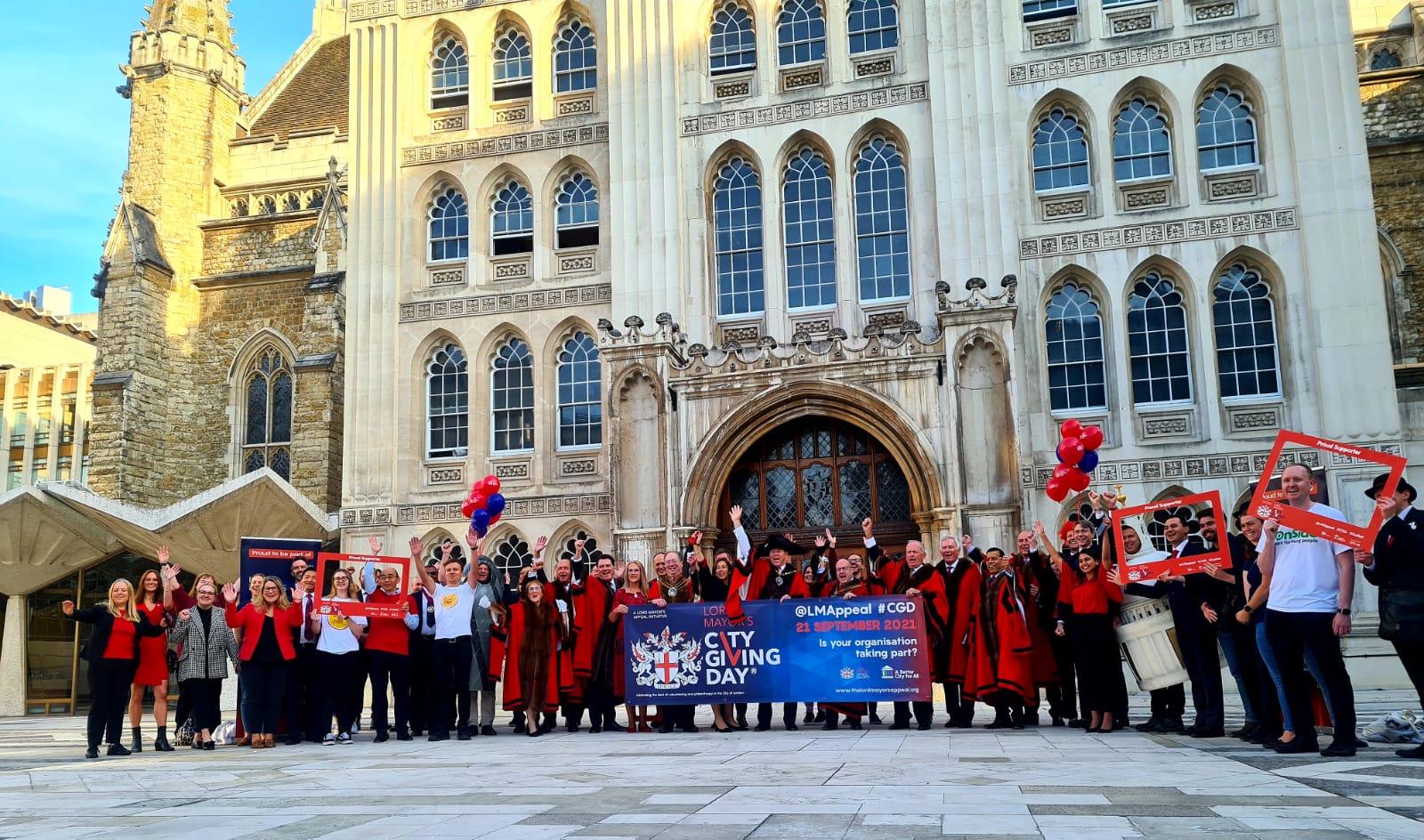