On Thursday 4th November 450 people attended the fabulous Grand Finale, which was organised by The Lord Mayor’s Appeal and held at the iconic Guildhall.

The evening was themed ‘Take the Long Way Home’, with guests gathering to celebrate the end of Lord Mayor Alderman William Russell’s two years in service.

Those attending on the night were welcomed upon arrival by the sensational Gatsby Girls and the Lord Mayor’s official bodyguards the Pikemen & Musketeers, before enjoying a champagne and cocktail reception. A selection of gin cocktails were created on the night by Pinkster Gin. We are hugely thankful to Charles Tyrwhitt and The White Company, who sponsored the fabulous reception.

The evening was filled with a whole host of exciting entertainment and surprises for the Lord Mayor who was delighted when John Helliwell from Supertramp took to the stage performing alongside a 30-strong choir from Music in Offices. Performing two songs, guests were soon clapping along to the iconic Breakfast in America.

The Lord Mayor was also surprised by his brother Damian Lewis, a guest at the event, who gave an impromptu  heartfelt speech about his brother’s two years as Lord Mayor. The Master of ceremonies for the evening was Alistair McGowan whose brilliant impressions made the guests laugh out loud throughout the event. He also read out a letter of thanks sent to the Lord Mayor by the Prime Minister – all in a very convincing Boris Johnson style. The event ended on a high with a spectacular performance of Les Miserables by ex-West End cast members.

Alongside the celebrational side, the evening also hosted fundraising activities for The Lord Mayor’s Appeal’s charities, and these included a live and silent auction of 56 lots, including three incredible holidays which were donated by Red Savannah who also sponsored the event. A huge thank you to Red Savannah for their generosity.

In total the Grand Finale raised over £233,000 for The Lord Mayor’s Appeal four supported charities, Place2Be, OnSide, Samaritans and The Duke of Edinburgh’s Award.

The Lord Mayor, Lady Mayoress and The Lord Mayor's Appeal would like to thank everyone who have supported the event including table and ticket buyers, prize donors, donors, co-chairs Richard Bridgwood and Jeremy Bedford and the supporting committee and.

The 2021 Grand Finale was the perfect way to end the mayoral term. 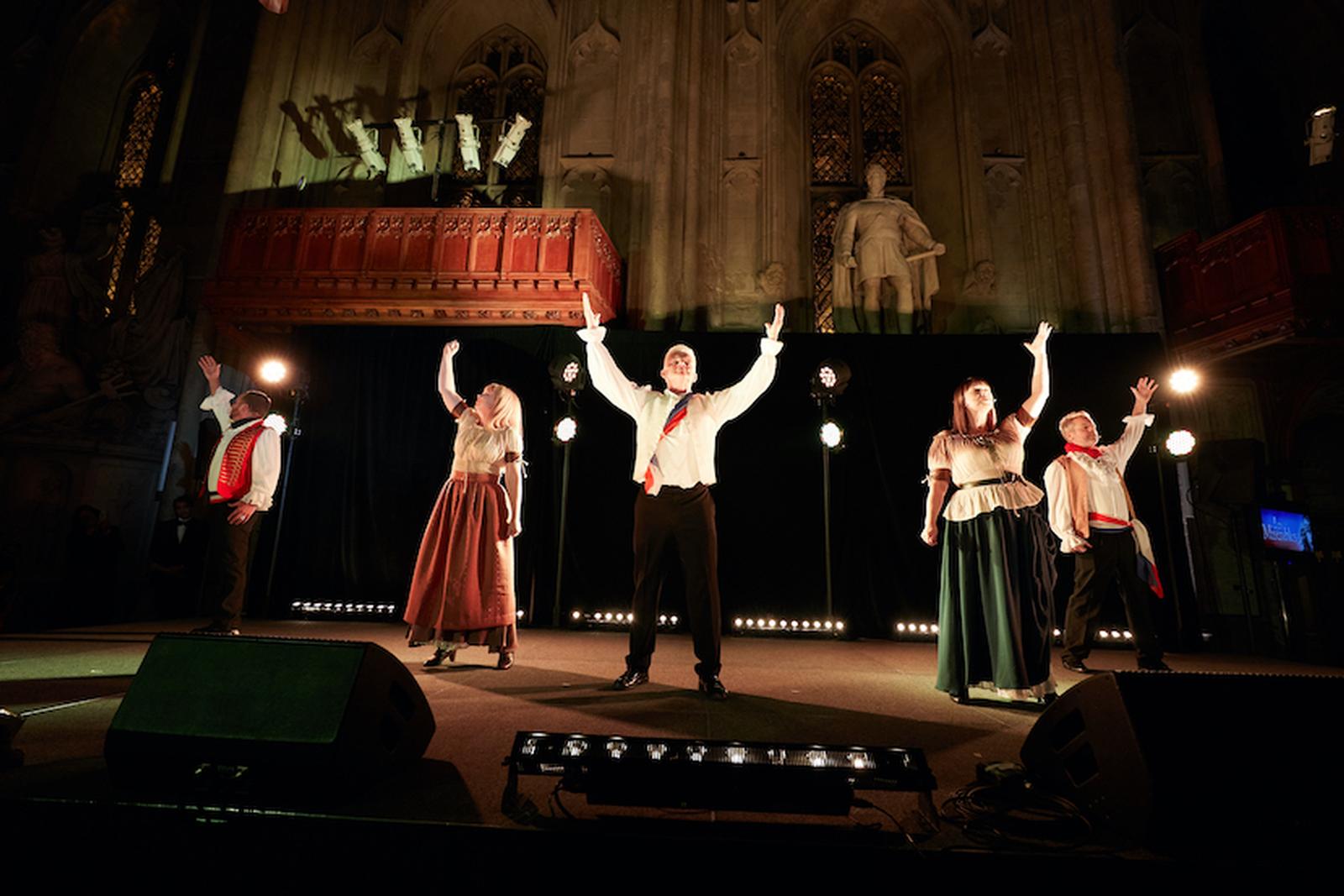