Last week saw a return of The Lord Mayor’s Appeal’s Impact Reception after a year break due to Covid. Over 260 people joined the reception at Mansion House which was attended by the new Lord Mayor Alderman Vincent Keaveny as well as His Royal Highness Prince Edward, The Earl of Wessex.

The Impact Reception highlights the work done by the Appeal over the last year as well as giving the opportunity to say thank you to our supporters.

The evening began with a reception and a selection of welcome activities from our four charities, The Duke of Edinburgh Awards, Place2Be, OnSide and Samaritans. Guests were met and escorted on arrival by pupils from Chalk Hill Primary School as part of Place2Be’s activity. Once in the reception guests were able to take part in OnSide’s wheel of fortune game, or chat with cadets from The Duke of Edinburgh’s Award or supporters from the Samaritans and learn about their new online chat facility.

The Lord Mayor opened the evening by welcoming guests to the event and highlighting some of the work that the Appeal had undertaken in 2021 as part of the ‘A Better City for All’ strategy. He then introduced the choir from Harris Academy, part of Place2be, who performed a beautiful rendition of ‘You Will Be Found’ from the musical Dear Evan Hansen.

During the evening each of our four initiatives, Power of Inclusion, This is Me, She Can Be and City Giving Day, and our four charity partners were represented by a presentation.

Anna Skipworth, an award recipient from The Duke of Edinburgh’s Award, spoke about how being part of the scheme helped her through some harder times in her life, as well as providing her with much needed skills for both university and into her working life.

OnSide Trustee Anne-Marie Headley spoke about the work that has happened within the Youth Zones across 2021, which have been supported by funding from The Lord Mayor’s Appeal. She was joined on the night by Ines Lopes who is a member of Unitas Youth Zone. Ines talked about her own experience at Unitas and how the Centre helped her when she first moved to the UK, not only to make friends and build her confidence but also with her grades at school.

Our She Can Be initiative was represented by Lydia Garratt from Smith & Williamson who spoke about the importance of getting young women excited about potential jobs in the city and how the campaign really helps young women to grow their skills, ambitions, and confidence.

Vanessa Whitman from CMS Law shared her very personal experience around mental health as part of our This is Me initiative. She highlighted the importance of speaking out around mental health and how campaigns like the Green Ribbon, Wellbeing in the Workplace and Storytelling can help to break down the stigma that is so often attached to mental illness.

Joining us on the night to talk about the work of Place2Be was Head of Learning for Schools and Communities Sarah Houghton. She spoke passionately about the alarming rise of children with mental health issues and how Place2Be works alongside schools to not only improve their pupils’ wellbeing but also to guide and empower teachers to be able to help with any issues that the children might have in the future.

Editor of CityAM Lawson Muncaster rounded off the evening with a few words about City Giving Day and the impact the event has on the city as a whole. This year saw a return to many in-person events and it was great to see the city come alive with so much activity for good causes.

The evening ended with guests being the given the chance to further network with champagne and canapes.

The full Impact Report can be downloaded here 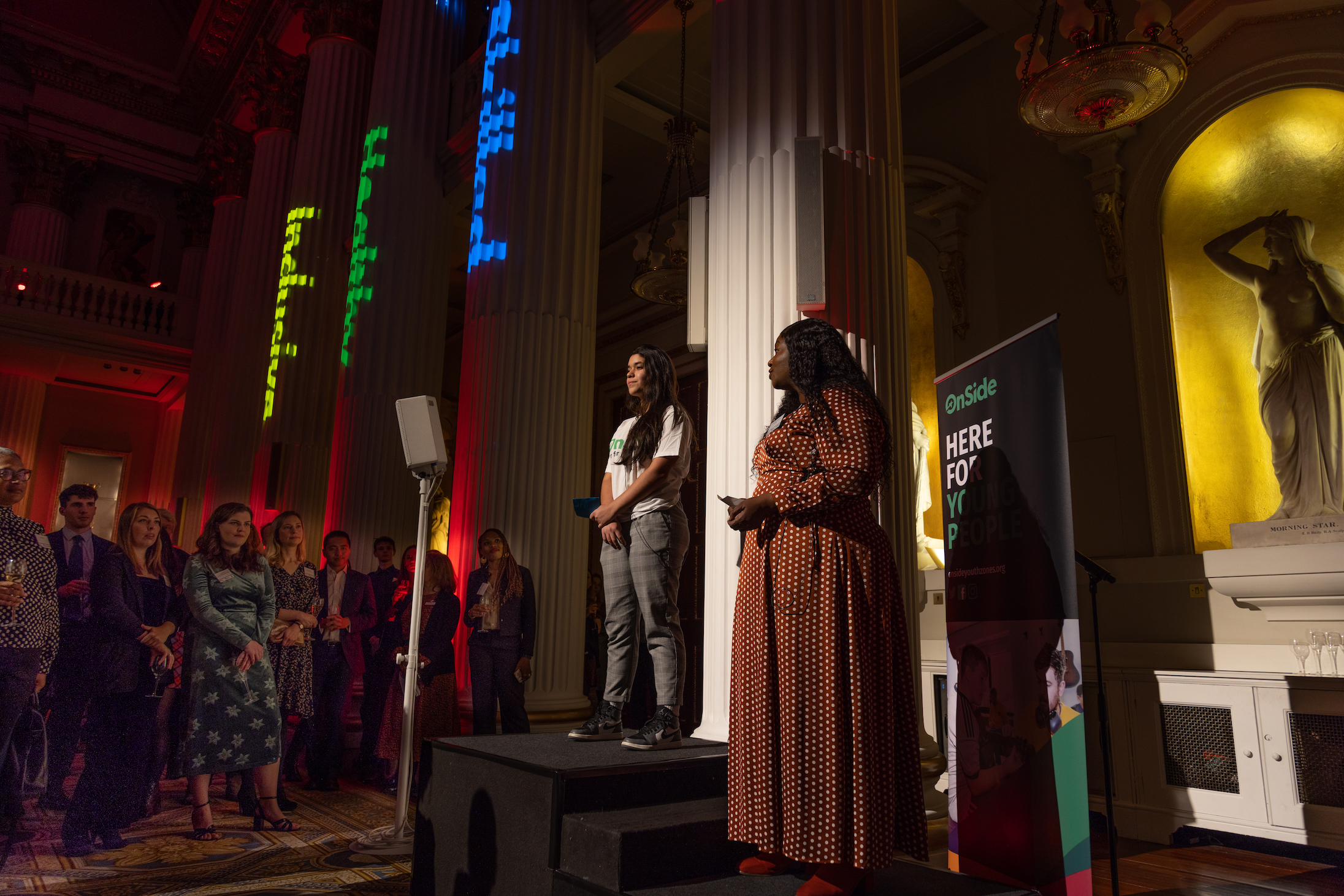 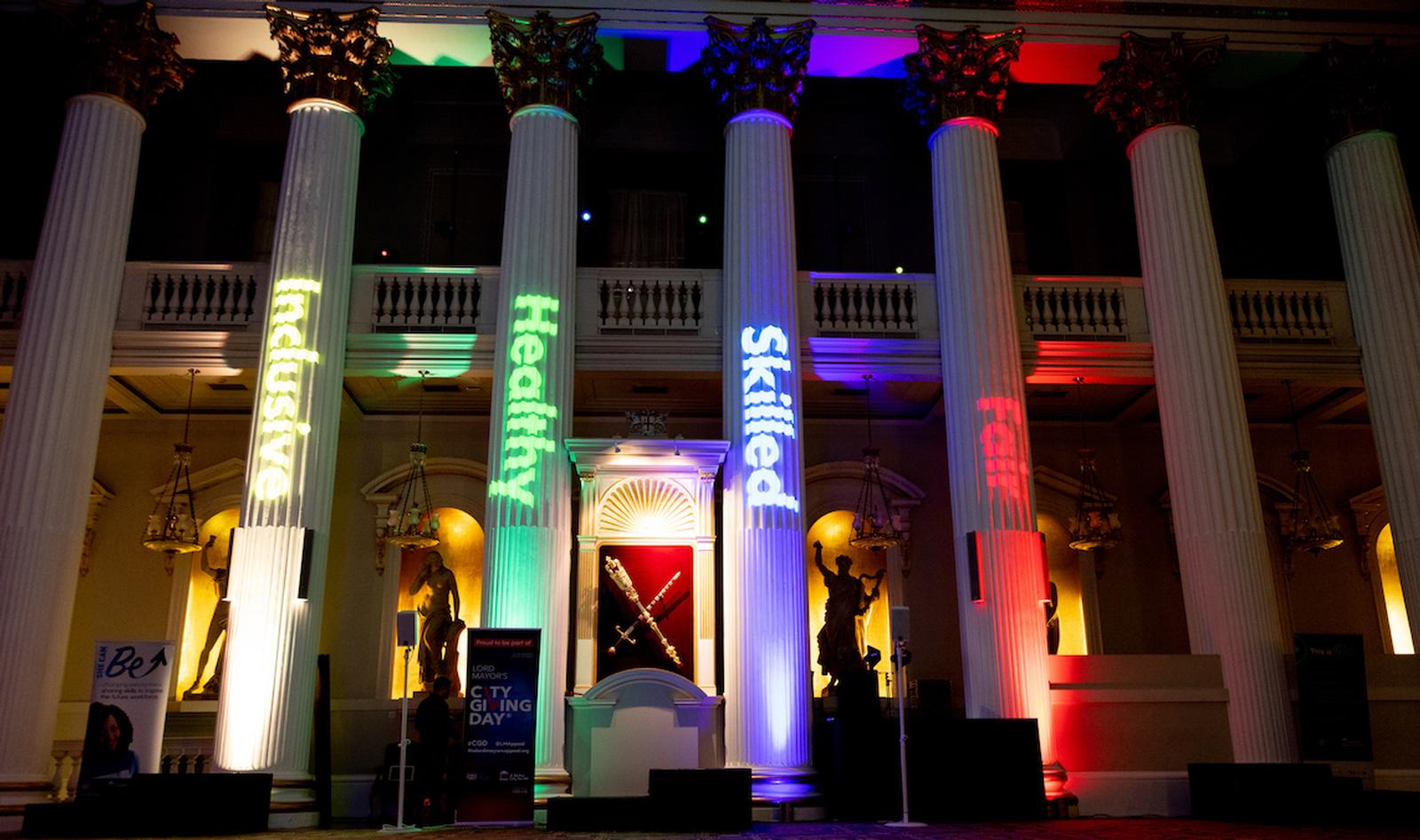