Through City Giving Day we achieve charity awareness, physical activity for our employees during the day while taking part in some healthy competition with Bank of Ireland with whom we share our office building.

We support our and Bank of Ireland’s charity partners – Dementia UK and Alzheimer’s UK. A great opportunity for them to engage with our employees and raise awareness of the amazing work they both do for a similar illness which affects so many people, their family and friends.

ASI is celebrating City Giving Day by cycling against Bank of Ireland on static bikes in Bow Bells churchyard. Which company will come out on top? This will raise money for each company’s charity partner – Dementia UK and Alzheimer’s Society.

Dementia UK and Alzheimer’s UK. Both causes can have debilitating consequences on not only those affected by the disease, but their family and friends too.

“We are proud to support a day which sends a clear message of the great partnerships which the charity has with the businesses in the City.” 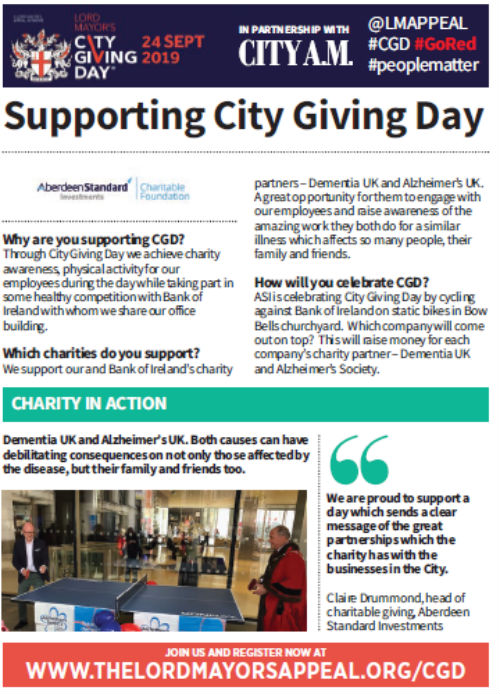