Our charity partner DofE do incredible work for people all over the country. Sophie is a Bronze, Silver and Gold Award holder and Metropolitan Police employee. Sophie struggled with anxiety and OCD as a teenager and through her DofE, she grew into a much more confident young woman and overcame her mental health issues.

Here is her story.

Where do you work?

“I work for the Metropolitan Police in a Governance and Intelligence Team. Prior to this I was an Emergency Response Officer in North West London. Having experienced life on the response team, I wanted a change and now I work in a central command position where I get to see the whole policing picture of London compared to working on a response team where you’re focused on your area.”

When did your mental health issues begin?

“I was bullied when I was in primary school. When I moved to secondary school, I built up a defence mechanism and that was OCD. I had a fear of touching people and leaving my home. I only left home to go to school. My OCD stopped me going on school trips and I was very particular about germs. It was pretty much a fear of anything and everything and made me very introverted. As I got older, I gave people a reason to not like me or be my friend because my experience at primary school was getting hurt by people who I let in.”

At that age would you have thought you’d be where you are now in your career?

“When I was 13 no-one would have thought in ten years’ time I would be a police officer in London. That was the least likely thing to happen. I was so shy and really struggled to function socially. I just didn’t want to speak to people and I didn’t have many friends. It was just me, the house and my mum and that was pretty much it.”

What was the catalyst for change for you?

“I’ll always say this until I’m 100 years old; The Duke of Edinburgh’s Award made me who I am today and ultimately made me a police officer. I totally did a U-turn in my personality. From starting my Bronze DofE Award to achieving my Gold Award I was like two different people.

The DofE made me the confident woman I am today and that is something I’m always going to be grateful for. I physically wouldn’t be here today without my DofE. I overcame my OCD. I’m happy. The DofE has given me the tools I needed to overcome my anxiety and OCD and everything that was holding me back.”

What did you learn from doing your DofE that has helped your career?

“I learned resilience, because doing my DofE was hard, but I kept going. Every expedition, at Bronze, Silver and Gold level, there were points when it was so overwhelming you just wanted to quit. Your feet hurt, you are telling yourself that you can’t do it and you are going to give in and quit. But you have to think about the end goal and stick it out. Because that doubtful feeling is only temporary and when you look back after completing your challenge, you will feel nothing but pride at your accomplishment. I learnt to believe in myself which helped me thrive when facing challenges of being a young, female officer in the police.

Through my DofE I learned how to communicate with people. My social anxiety meant I avoided speaking to people as often as I could but the activities that you do for the DofE, especially volunteering, you have to speak to members of the public and people you don’t know. That’s the main part of policing as well, you’re taking control of a conversation, you’re directing it, you’re asking the questions, you’re talking to people you’ve not met before and that would have given me a certain anxiety before doing my DofE.”

How has mental health impacted you in your career?

“In my career I’ve definitely felt that my anxiety has surfaced in different ways. I spent about five years in front line policing and you have to deal with a lot. You are the ones who are expected to run towards danger when human instinct tells you to run away. You also see the public in their most vulnerable moments whether it’s someone suffering mental health issues, someone who is suicidal, children at risk or victims of domestic violence. Your emotions can build up which is bound to have an impact on your mental wellbeing in various ways. You don’t have to go through a major traumatic incident to be traumatised. Little things can happen that build up over time that affect you and it’s important to be aware of this.

A few years ago, I’d take it home with me and think about it while I was alone. That for me is my darkest place when I’m by myself. I think that’s why I liked DofE so much because I was never by myself, I was always in a team, I was always doing things with others. Whereas now I’m working, I’m expected to deal with everything and move on. I think the important thing I’ve learned is to recognise if I’m negatively affected by something, to talk about it, be strong enough to share my thoughts and worries with a friend or a colleague and to know it’s not a sign of weakness. It’s not that you’re not fit for the job, it’s because you’re human, and it’s your way of processing the trauma.”

What tools did the DofE give you that you use today to maintain your mental wellbeing in the workplace?

“Mental wellbeing in the workplace is about communication. Find the person that you trust and listen to them. Reaching out and take in what is being said. When doing your DofE you become so aware of yourself and you learn so much about yourself that you need to take that learning forward to the workplace. My DofE taught me that my biggest barrier was with myself and my mind. I overcame my OCD and achieved things that neither I, nor anyone else, ever thought I could achieve. It’s understanding yourself and giving yourself a break because life is hard and there are going to be times that you struggle.

Find something that you’re interested in and work towards a goal. I really liked flying and drill so I had little goals – I wanted to go flying for the first time, and I did, and then next time I wanted to do it somewhere else, somewhere I had to travel to. It’s little steps, you don’t have to make big changes, these things will happen over time and you won’t realise it’s happening. Through the DofE I realised I could be me and achieve these things.

For my mental wellbeing I focus on climbing. I took up climbing and I was really bad at it initially, but I stuck it out and it’s now a huge part of my life. I find bouldering is really good for my mental health as I have to concentrate solely on working out how to get to the top of the wall because if I don’t I will fall and hurt myself. It also opened a community of friends.

DofE is like life: there’s a point in the expedition where it gets really hard and you want to quit. In life, when you feel like you’re struggling with your mental health and you just want to quit; just know, that like the feeling during your DofE that there is another side to it, you can get through it. It’s just a low point and tomorrow’s a different day.”

Sophie’s top tips for mental well-being in the workplace 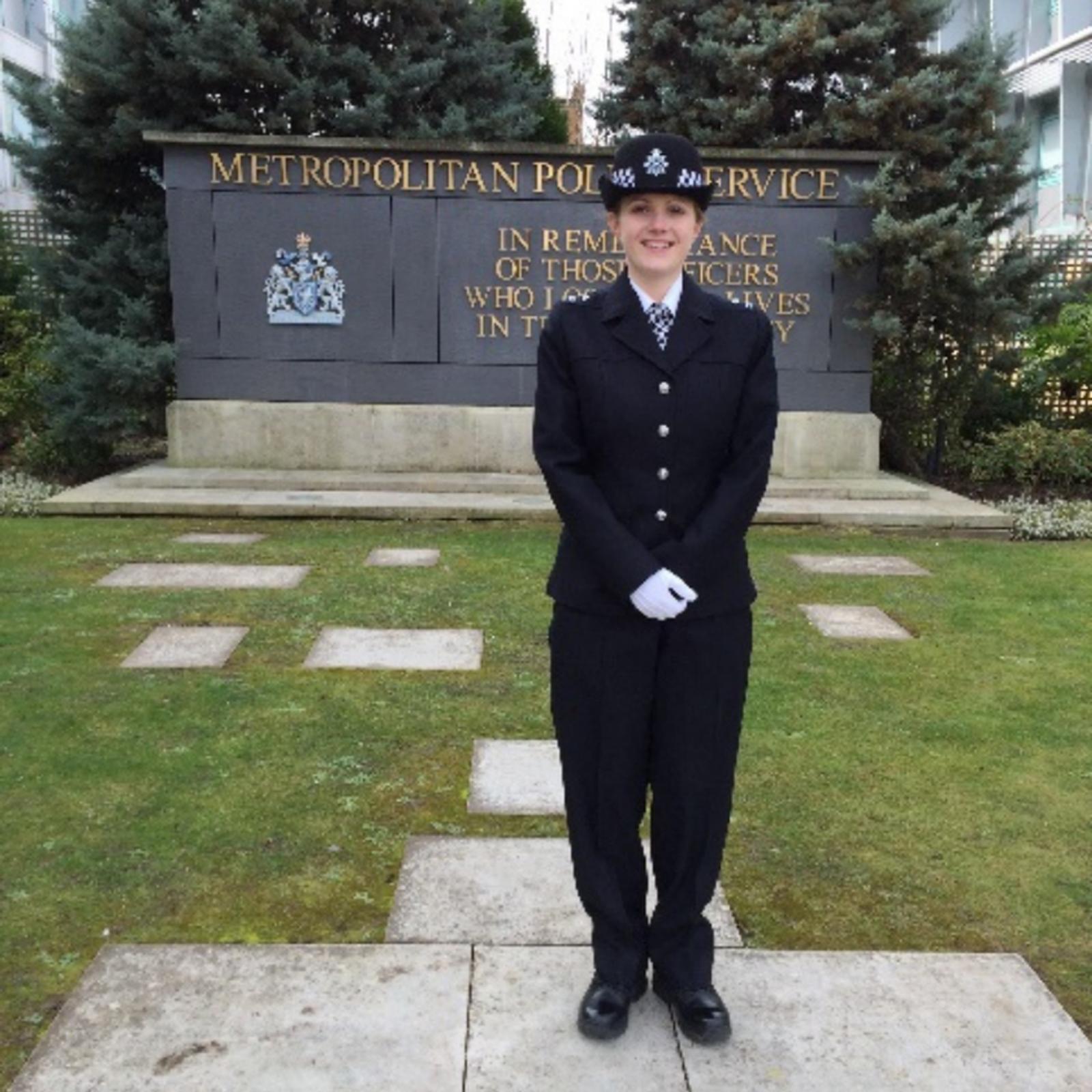 4 March She Can Be panel

11 February Volunteering for the Samaritans

18 December My DofE volunteering: Campaigning for the youth in Hackney